The journey to making people happier began many years ago when a very young five year old lad, which is me, attended his first Christmas party at School. The start of my journey was in the year of 1976 and it had been a long hot summer. I had started Cheslyn Hay First School the previous Easter and was placed in 1H; Mrs Holmes class with a bunch of other children, one who was called Ian Carrot..!! Who always asked to visit the toilet in a particular way ‘Miss, Can I go and have a Poo’, which Mrs Holmes at first took no notice of, before finally explaining the correct to ask! Ian. ‘When you want to go to the toilet’ say ‘Can I go to the toilet please’, ‘not what you are going to do when you get there’.

Well after the Summer and Autumn of early school life with other boys picking on me by urinating on my trousers and girls throwing up on the schools wooden floors, it was Christmas and time for a party.

We were ushered into the School Hall with the rest of the classes to eat, dance to the Jim Reeves Christmas Album and something else…!!

There was a man standing in the middle of the room with a strange looking object. It had what looked like two circles on the front and back, something stretching from one of them and it was making a whirring noise. We were all told to sit down, which proved difficult with the hall being so full. Suddenly the the lights went out and the strange looking object began to make more of a noise and then all of a sudden a Tom & Jerry Cartoon appeared on a white board at the front of the room.

I had only ever seen Tom and Jerry on a TV screen before, but I was not in the slightest bit interested in the cartoon, I was more interested in this strange object which now had a bright light coming from it. It looked amazing, something I had never seen before. When Tom and Jerry had finished I asked Mrs Holmes what this object was and she said it was a ‘Projector’. I knew then I wanted one.

And from then on, my journey to making people happier began. 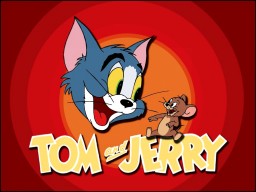