Can you do Cine Film to DVD transfer? 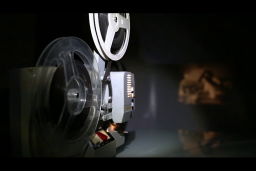 When I first set up my business, I didn’t believe that Cine Film was really something I had considered including in the list of services that I wanted to offer to my clients. I had not considered that old Cine Film would still be in exisitance and even if it did, I believed that the majority of it would have been transferred to Videotape many years ago, as I had done the same with the films I took as a teenager.

A client came to visit Final Cut Video Editing and Photos in July 2015 with a Wedding Video that she wanted transferring to DVD as a gift for her Husband to celebrate their Anniversary. One of the first things she actually asked was ‘Can you do Cine Film’ as well as Video Transfer.

At that moment in time, I said ‘No, I am sorry, that’s not something I am currently doing’ and what came back from her was a little emotion and began to explain to me that she had some old 8mm Cine film of her Granddad that had been given to her before he passed away many years before. She went to to inform me that she hadn’t been able to view it for a long time, as she and her Husband were not the the possession of a Projector and she wouldn’t have an idea of where to source one from.

I then began to think that as Final Cut Video Editing and Photos works to bring back memories, many of these memories existed and still exit on old reels of film. It was a very large Home Entertainment format that had been around for many, many years. Much longer than Videotape. It was time to take action and begin the process to include Cine Film as part of our service to clients.

Cine Film to DVD will be available through Final Cut Video Editing and Photos very soon….