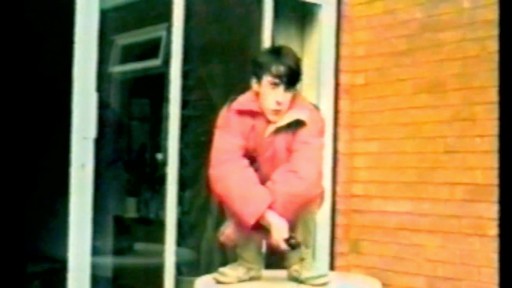 My only appearance on national TV

I think it was the middle of 1990 when I sat down in front of an old colour TV to watch something or other when an advert appeared on the television asking for extremely funny home made videos to be sent to Granada studios in Manchester for a new show called ‘You’ve Been Framed’. Each clip shown from our lovely country would earn the sender £250. Well I knew I had something on video that was hilarious and at the time extremely painful.

One Sunday afternoon, I set up an old BetaMax Video Camera which I had borrowed from someone with the intention of turning myself into a Stuntman and making a short instructional movie about how to film stunts, or how to make them look more effective on screen. Did I know how to be a Stuntman? Did I f..k!!

The camera was set up on a tripod, cables threaded through the window to a small portable TV with my brother watching and I climbed onto a plastic garden table to begin my instructional movie. My first speech reeled off quite well and my stunt was carried out with precision as I jumped off the table towards the camera. All good and well. I then got back onto the table to begin my next instruction. All went well again until I said ‘I will demonstrate’. Suddenly the table began to rock and it fell forward and I disappeared over the back of it onto the concrete, with my brother showing out…’That was brilliant’ Not brilliant for me of course. I scrapped my arm along the wall and banged my head on the concrete. Lucky not to end up in A&E. I somehow managed to finish off the video and then went inside to watch it back cringing with laughter.

Well after seeing the advert for ‘You’ve Been Framed’ I decided to send the tape to Granada Television thinking it would be returned quickly. Well that wasn’t the case!! Three weeks later I had a letter from the one of the programmes researchers asking for me to call him as they were seriously thinking of using the clip in the first show and they wanted more information about what had actually happened. Well I duly picked up the phone to Granada TV and spoke to the researcher. After an initial chat he stated that not only would they be using the clip in the show, they also would like me to come to Granada TV studios in Manchester and appear with the show’s presenter Jeremy Beadle to talk about the video.  He also told me that I would be paid a fee of £250 for the clip and any other expenditure. Wow, all this for almost cracking my head open.

The day of filming.

I arrived at Granada TV studios in Manchester in December 1990 with my Mom, Dad and Brother (audience members) for an afternoon of rehearsals and evening recording of the first ever ‘You’ve Been Framed’ I was given my dressing room key and greeted by the researcher ‘Andrew Lowry’ who took me down to wardrobe, make-up and into the studio where I met Jeremy Beadle and the rest of the crew. For the next few hours we rehearsed the whole of the show and my part. Time was getting on, so went for a break in a quite a large room where I had a chat to the producer ‘Kieran Roberts’; who is now the Coronation Street producer. Makeup was then duly applied once more and microphones fitted to me and I returned to the studio to begin recording. After a few false starts and technical problems, everything ran really smoothly including my part which was met with howls of laughter from the studio audience. We then returned to the large room for a pretty good dinner and some thank-you’s, pictures and autographs.

The first edition of ‘You’ve Been Framed’ went out on Sunday 6th January 1991 at 7.30pm (Prime Time Viewing) and there I was on national television. Of course this was when there were only four TV channels. No Channel 5, no Freeview, no SKY and no internet streaming. There wasn’t much to watch, so this first edition was actually viewed by 18 million people. You’ve Been Framed became a massive hit and its still pretty big in 2016. I am still quite humbled to have been on the first show and also to have again made so many people much happier. When I went to work the next morning I was hit with a barrage of cheers, loads of superstar comments and lots of laughter.

A few weeks later a cheque landed on the doormat. Almost ending up in A&E had been well worth it. I was £250 better off.

If you would like to view the clip itself please check it out on https://youtu.be/6EMgi6PvEVK