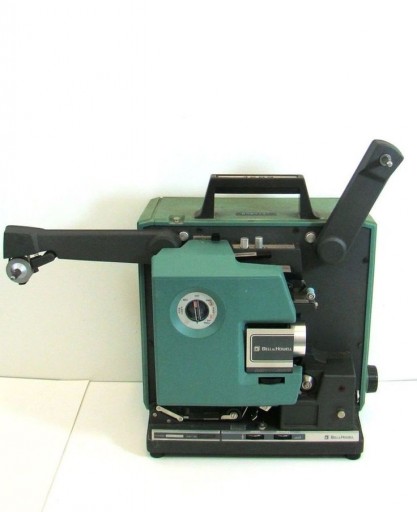 16mm Cine Film Transfer is now available to the clients of Final Cut Video Editing and Photos. Along with all of the 8mm movie formats.

To launch this service at the beginning of 2016 need a little research. I knew immediately that a 16mm Cine Film projector was required. I had already acquired a TeleCine device for the 8mm and it was working really well. One of the biggest and best companies to make 16mm Cine Film projectors was Bell and Howell. Across three decades they produced around fifty different models, so I started, where everyone else would start to source old goods and that was ww.ebay.co.uk

Immediately I was presented with a good number of projectors, some in being sold parts-only and some in good working order. One which did come to mind was a TQIII model made in the 1970’s and being sold by the British Heart Foundation. Hey give something to charity! The projector itself looked in excellent condition, but hadn’t been throughly checked as no one had a film to test it. Apparently the bulb lit up, the machine ran and you could hear hum from the internal speaker. Sounds as though it was working correctly. I needed a film to really test it properly though.

I again trawled through eBay and located an old Black and White Popeye cartoon, so I could check the projector was working correctly. After a few days both items arrived and I unpacked the projector, which looked in beautiful condition. The film was duly threaded and away it went with no problems at all. I could see and hear Popeye eating his spinach.

The British Heart Foundation had sold Final Cut Video Editing and Photos a wonderful machine for 16mm Cine Film Transfer. This film guage was the preferred choice to the more professional amateur film-maker as it provided much better picture and sound quality than the 8mm movie format.