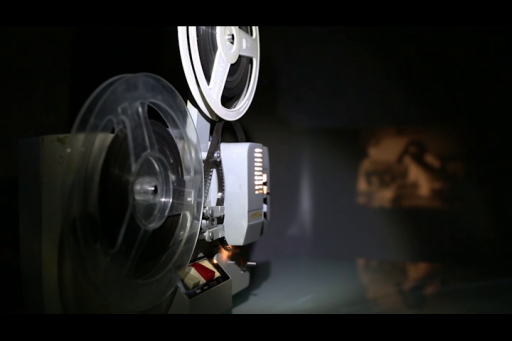 There were many Cine Film formats. Standard 8 (Regular 8), Super 8 (Single 8) 9.5mm and 16mm. In the 1970’s and early 80’s, Super 8 was the most popular. It was used by the majority of home film makers as you could easily pop down to your local Camera Shop, Chemist and Supermarket to buy rolls of film quite easily and cheaply. It was also easily viewable. Fetch the projector out on a Friday night, put up the screen and bang away you go.

16mm was not so wildly available! Sourcing the film stock was a little more difficult as only specialist shops would sell it. For the major Cine Enthusiast though, it was a preferred choice. Because the film gauge was bigger it allowed for far more superior picture and sound quality. Those who wanted to make more professional looking films used the format. It was also used by a number of television studios in the 1970’s, especially on outside broadcasts and drama productions. It was even used by major film studios. Videotape was still in it infancy and 16mm film looked and sounded better.

We should work with the 16mm Cine format

Final Cut Video Editing and Photos in Staffordshire works with all entertainment formats, although I have not yet had a request from a client to work with, or transfer this format. Never say never though! Broadcasters used it, Film Studios used it and so did the professional amateur film-maker.

Memories were shot on all formats of Cine film including 16mm. The equipment is currently being sourced from some well known suppliers. As we move towards the end of the year and into 2016, Final Cut Video Editing and Photos will offer 16mm Cine Film transfer along with Standard 8 and Super 8.

Preserve your memories for the future and have your old Cine formats transferred.